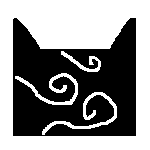 Nettlescar is a dark brown tabby she cat with a lighter belly, ice blue eyes, her left eye blind, with a scar on it, and a long scar starting at her shoulder and slinking down to her underbelly.

Retrieved from "https://lostinthewarriorsworld.fandom.com/wiki/Nettlescar?oldid=5162"
Community content is available under CC-BY-SA unless otherwise noted.